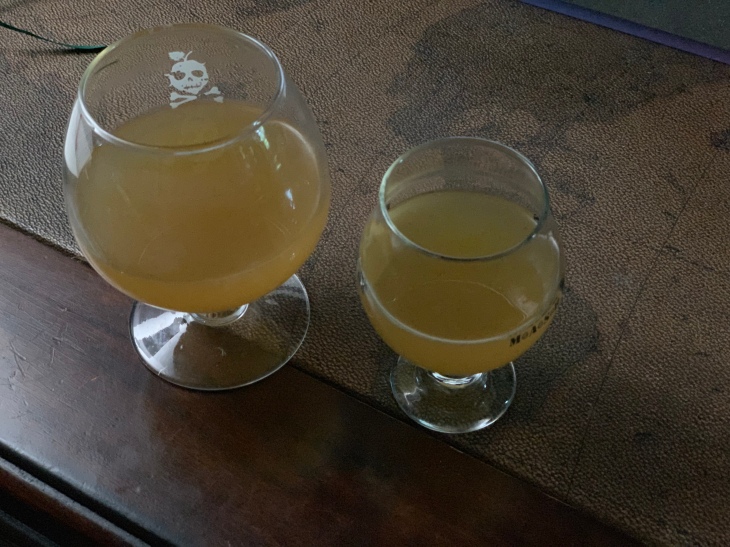 Why two tasters? Read on.

It’s been 6 days since I brewed Pale Ale v1, and the fermentation activity is slowing to a crawl so I decided to pull a hydrometer sample and do a quick taste test.

I poured the hydrometer sample into a taster, smelled, tasted and experimented. My first note on the taste was that it wasn’t as bitter as I expected. Thinking back, I remember I screwed up my water calculation. What should’ve been a roughly 3:1 sulfate to chloride ratio, became closer to 1:1 (edging in the favor of chloride).

One of things a higher sulfate to chloride ratio is supposed to do is impart a drier mouthfeel and more perceived bitterness, i.e. closer to what I wanted from a pale. So I decided to perform an ill-formed test.

I poured off a little bit of my taster into a smaller glass and added a pinch of sea salt. Now, two-time chemistry-failure that I am, I (incorrectly) believed the sea salt would increase the sulfate to chloride ratio, despite salt being NaCl or sodium CHLORIDE. 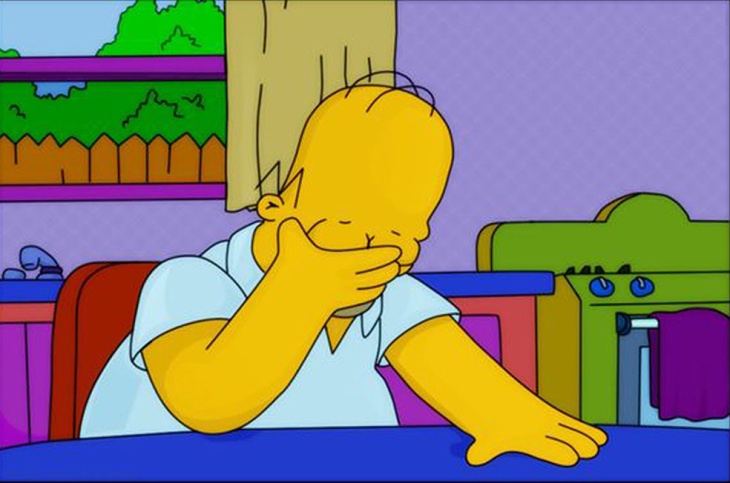 Then a funny thing happened, I tried them both side-by-side… The salted beer has a more pronounced bitterness (with a bit of a lingering effect) and a drier mouthfeel! This could just be the saltiness cutting through the fruitiness/sweetness of the beer, and I’m inclined to believe that’s the case.

I’m going to try salting a taste of the finished beer, though. We’ll see where we land.

Appearance: A little darker than golden (what I wanted), still turbid. Heavy lacing on hydrometer

Mouthfeel: Medium, a bit heavier than desired but not out of style. Salted: drier and maybe a touch lighter? More what I expected.

Overall: I’m anxious to finish fermentation, dry hop, and carbonate this beer. I think it has a lot of potential, and I’ve already got a few variables I want to tweak to see if I can improve.